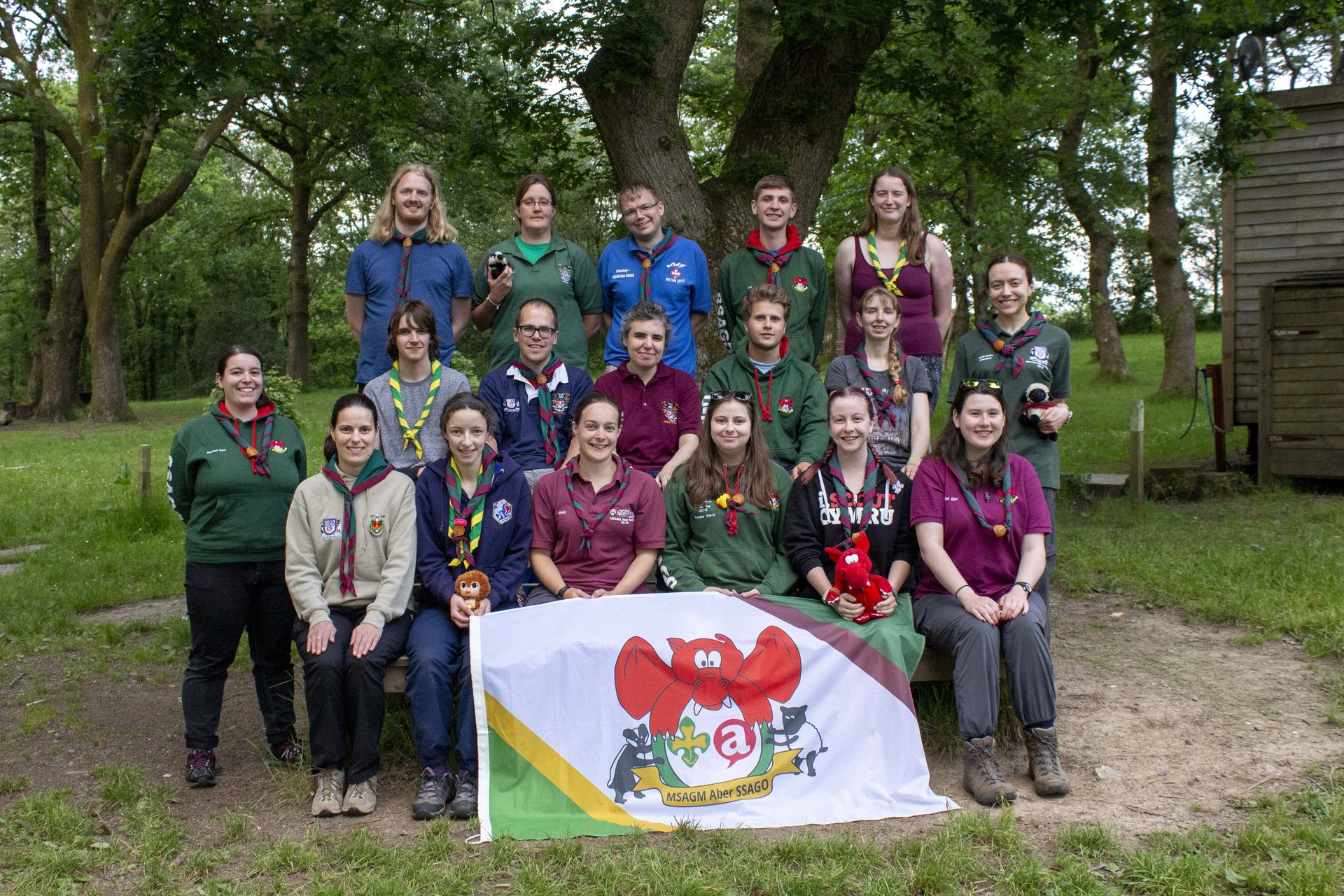 Aber SSAGO old and new descended to Silvercross Scout Campsite, Swansea for our 15th birthday summer camp. The club can trace its routes to as far back as the 1980’s but sadly it closed in the 1990s. It was given new life in 2004 and has gone from strength to strength ever since.

Friday was a chilled evening, reuniting with old and new friends and getting to know the site a bit. We had a cosy campfire, although we were a bit confused when we found a whole fish in the barrel… yeah you read that right. A whole fish. There was no explanation…

Saturday was a jam packed programme! Instead of sandwiches for lunch we prepared personal pizzas for ourselves which were ready for lunch time. There were lots of toppings to pick from: ham, cheese, peppers, mushrooms and chicken. In the morning we split up and some went off to do Archery which was run by our own members, thankfully it wasn’t windy.The rest had a try at softcross bows- of course it wouldn’t be a challenge without building a mountain of cans and trying to knock all of them over. It was actually sunny outside, so we whipped out the sunscreen and shades while we enjoyed our pizzas outdoors! 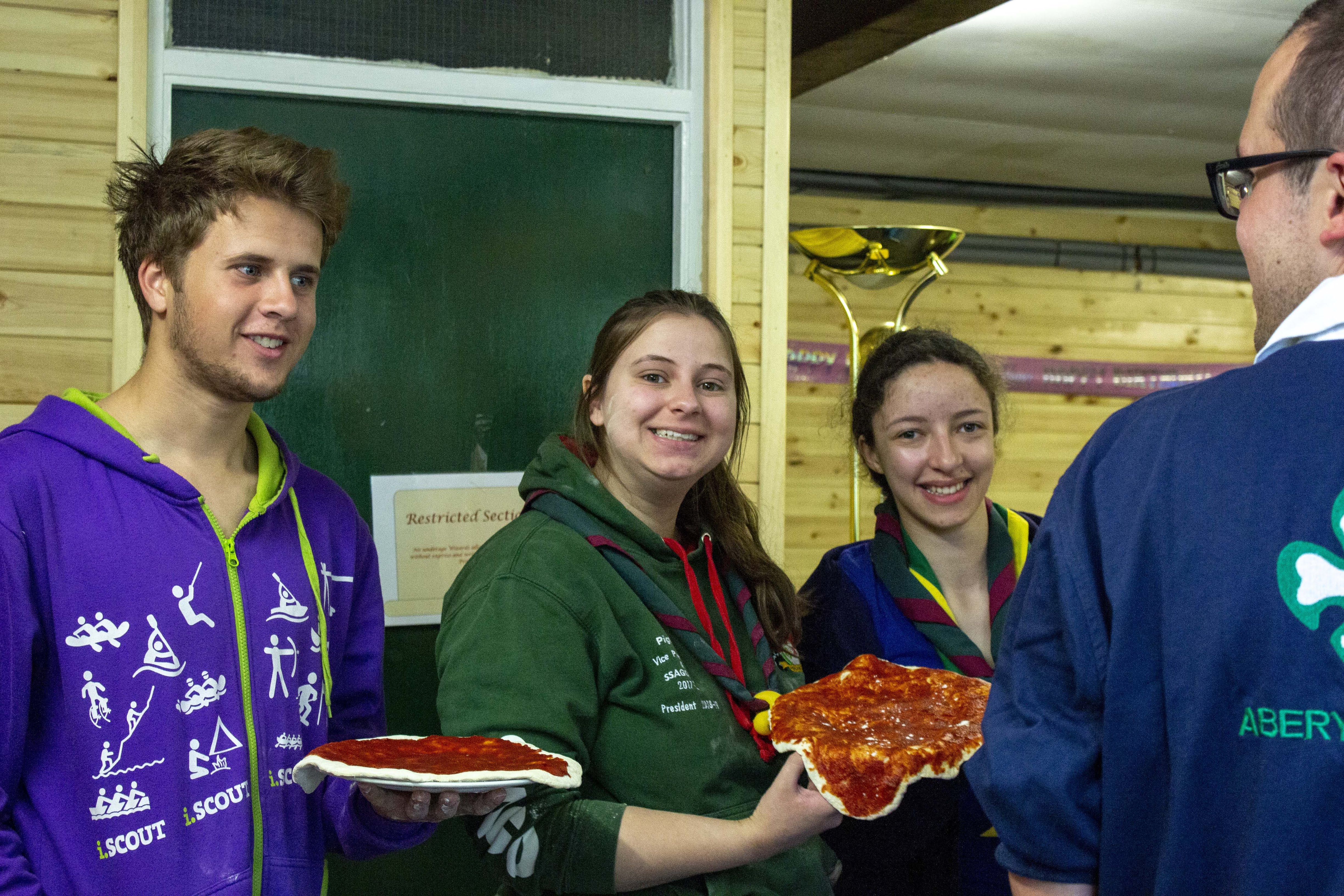 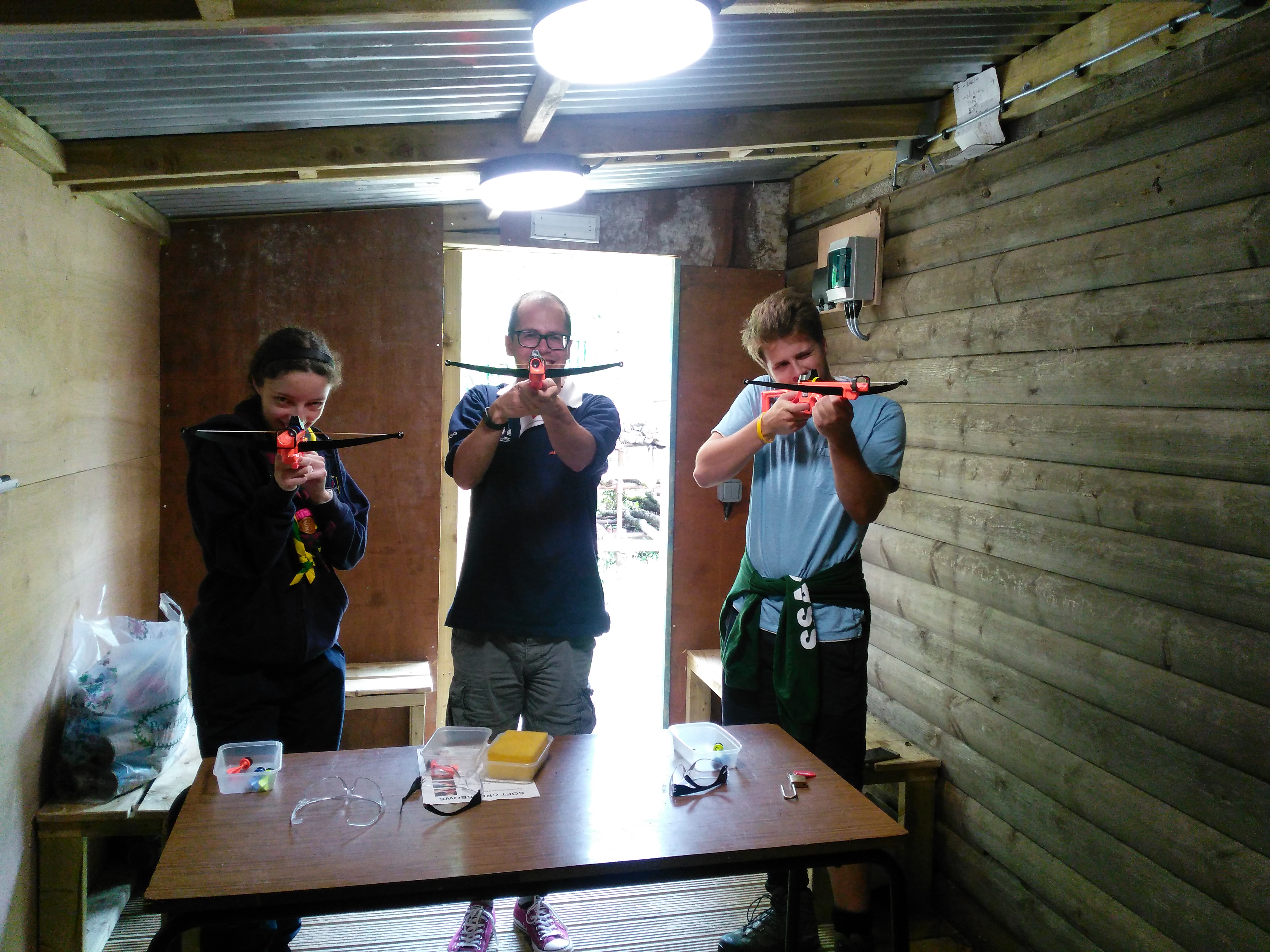 For the afternoon some members headed off to a short hike which involved a pub (obviously), while the rest had an epic time on the climbing and abseiling tower. In the evening we had a special guest join us, the person that started the club all those years ago; Mary Lodwig. She joined us for the super quiz which had to include a round on Wales (the country!). We had an amazing homemade birthday cake that our head chef had spent the afternoon preparing, and headed down to a vibrant campfire to exercise our voices for the locals!

Sunday was a chilled day, mostly board games, packing up and chatting. It gave everyone a chance to look through the archive materials that was specially loaned out from the University Library for the weekend. 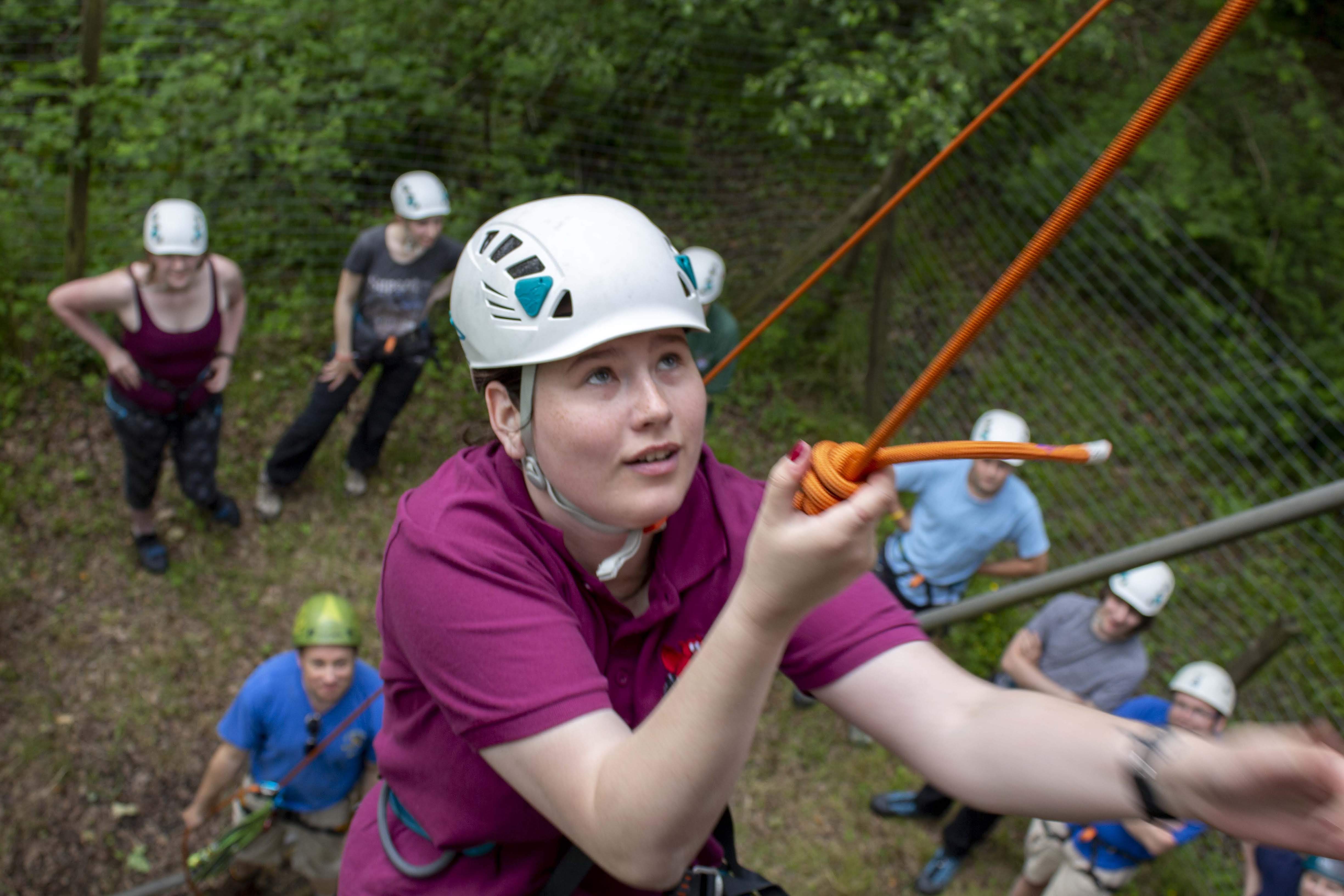 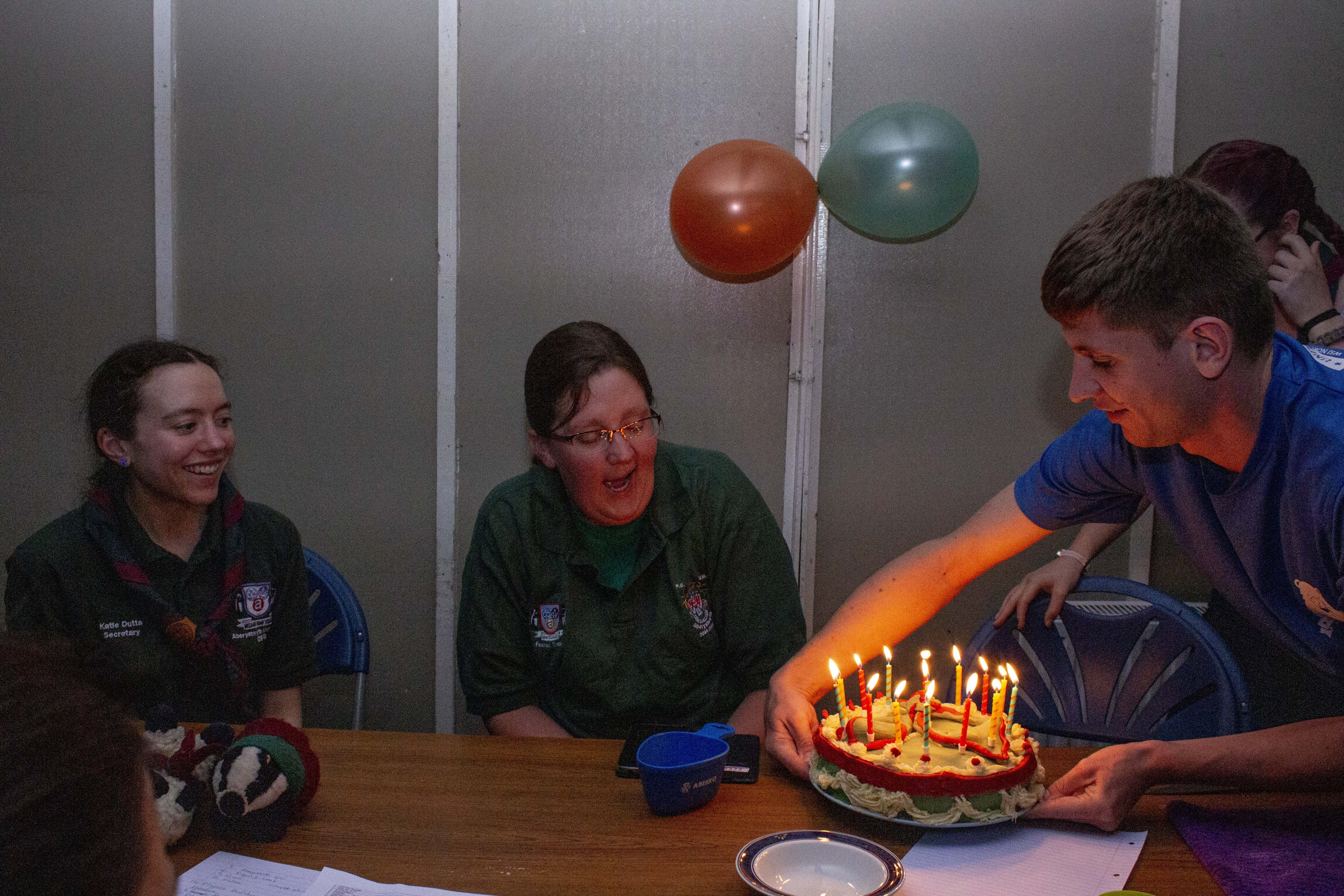 Thank you to everyone on the committee for your hard work in the months leading up to the camp, a lot of effort was put into the details of the camp, especially putting together an amazing food menu and variety of activities. Thank you to everyone who came along and we hope you enjoyed yourselves: till next time!

Big thanks to Silvercross staff for being really helpful and friendly. And thank you to Burntstuff for the amazing woggles. 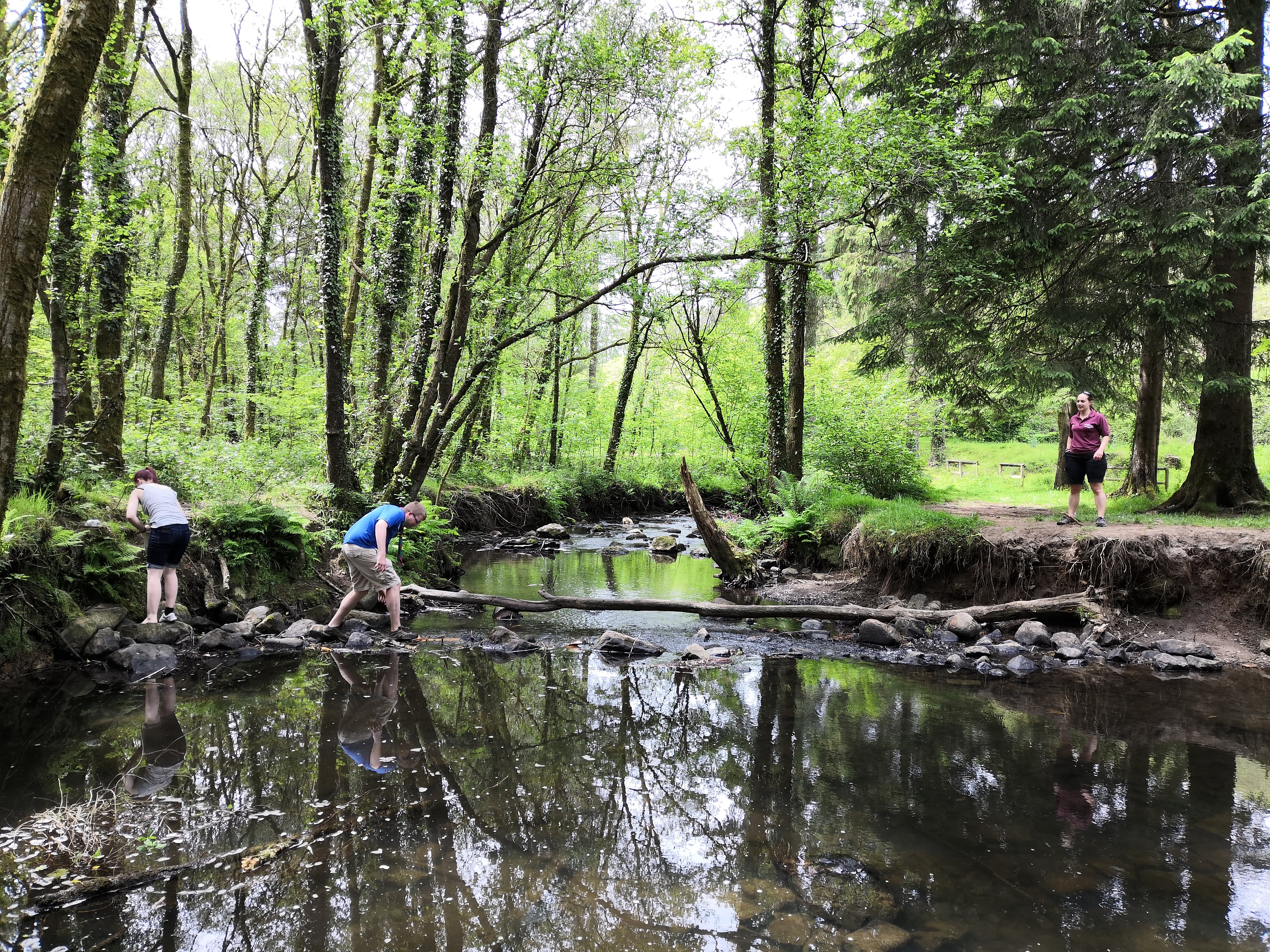 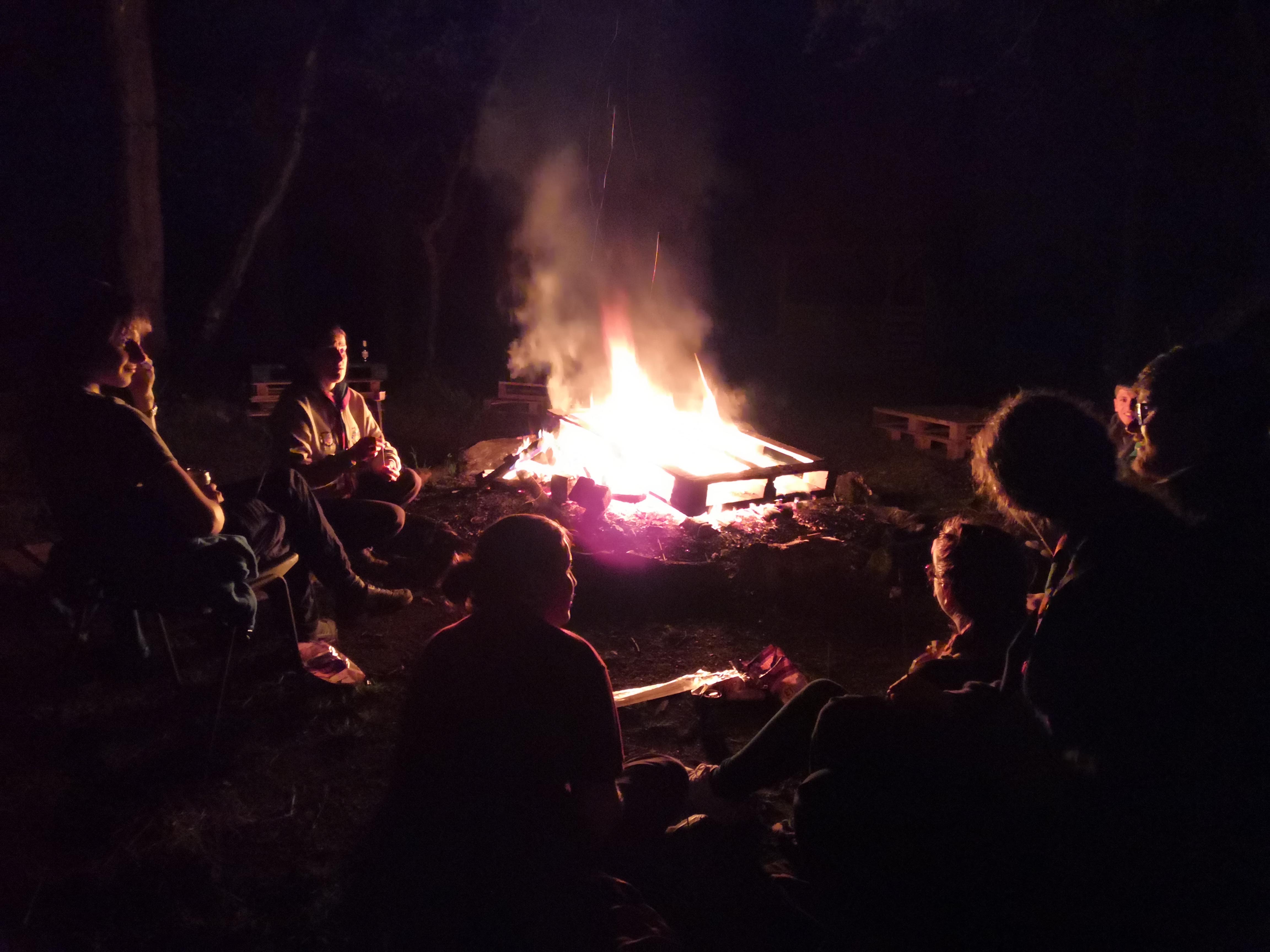